mokumoku studio went to TACO ché at Nakano Broadway to get Ryan Holmberg’s THE TRANSLATOR WITHOUT TALENT!!

As I wrote about Ryan before in this blog, he is a manga historian and translator. He found us through Instagram when we were posting #concoro, the daily corona manga and we even featured him as a leading character in case #20 of concoro.

His book has recently been published which is called “THE TRANSLATOR WITHOUT TALENT”. This book is the compilation of his research findings on alternative manga and gekiga artists like Yoshiharu Tsuge and also the background stories of his translation. He also writes about nuclear power and social discrimination problems in Japan. That’s like..what I have really been interested in.

Guess what?? mokumoku studio is mentioned in his book!! Our manga piece is in it!!

It is just so amazing that mokumoku’s work is included in the same book with all of the prominent artists who created the foundation of Japan’s subculture.

The society we live in is far from an artist friendly environment but places like TACO ché where you can find wonderful self-published books and the whole thing with the book made us happy about what we have done till now and also encourages us to move forward with it.

Painting on the walls 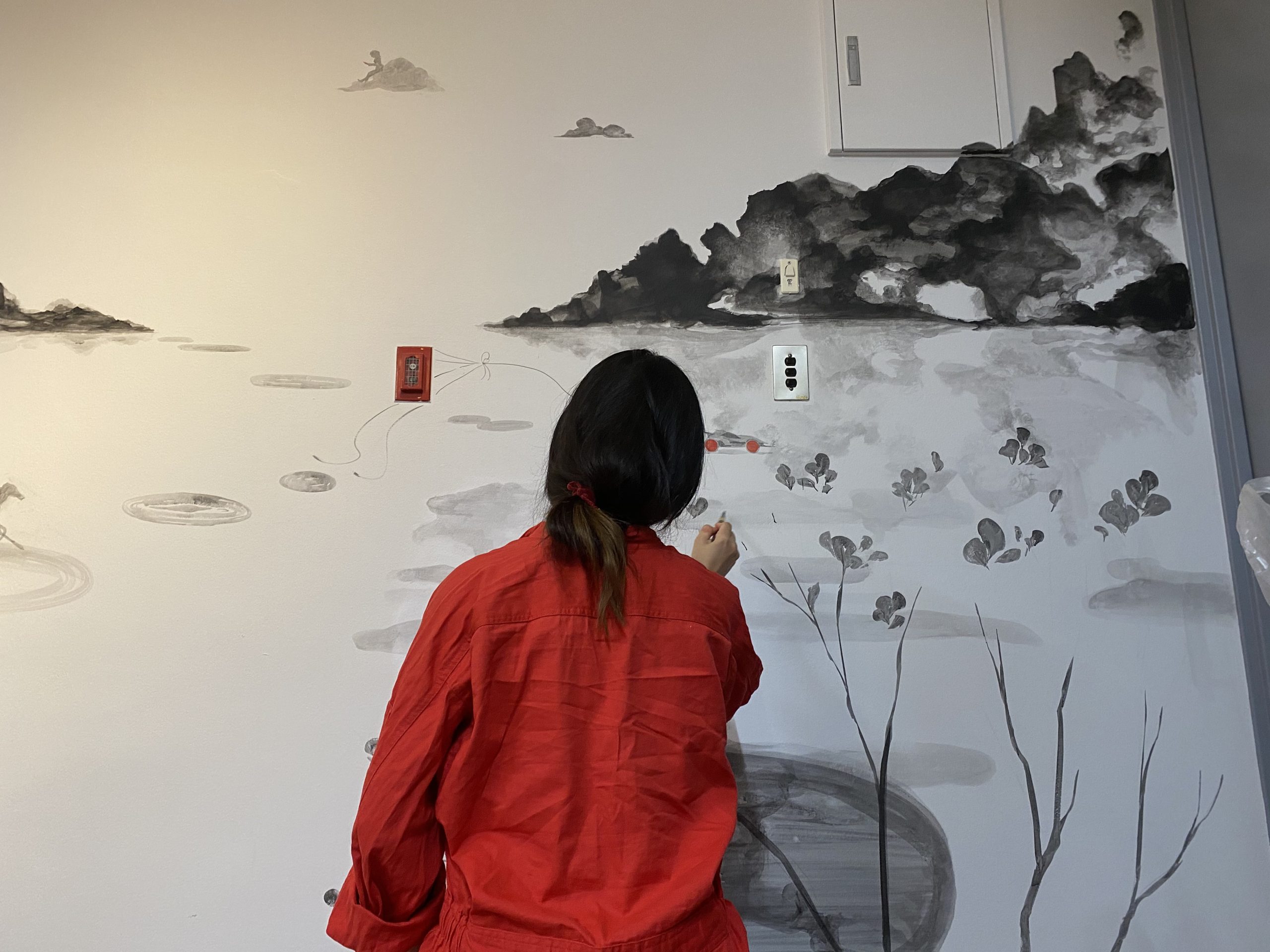 The other day, mokumoku studio was commissioned to paint on the walls of an IT company’s office in Tokyo.

The request was to make a sumi-ink type of painting with some illustrated images of things the company is developing.

We are of course used to painting on paper and even ipad but didn’t have many chances to paint on the walls. When you think of sumi-ink painting, you often see the smudge effects and the blurring touch with lots of water used but it is difficult to reproduce that on slippery walls…. so we used sponges and brushes to convey the sumi-ink touch. We were so concentrated that didn’t realize it was so late and we were hungry.

The office itself is quite unique. It’s got shoji windows and chandeliers.. we believe our painting added a nice spice to it!! Most importantly, the client was very happy with the work we did so we are happy about it!!